The Police Chief in his mandate conveyed that the sertijab and the handover of positions or mutations in the polri organization that has been implemented is part of the refresh of the Police institution, as an effort to improve managerial governance and human resource development process.

According to the Police Chief, this sertijab is also intended as a positive step in order to regenerate leadership in the Police, especially in the Central Sulawesi Police Buol Police.

“So it is expected that the improvement of performance quality and organizational dynamics can run in accordance with the program and performance achievement targets that have been set,” said AKBP Dieno Hendro Widodo.

To the new official, Chief of Police Buol also congratulated on the promotion of his position and hoped to make the position as a mandate and quickly formulate a work program, especially in implementing the 100-Day Police Chief program, namely The Precision Police and improving the achievement of tasks that have been achieved by previous officials.

“Immediately inventory problems or obstacles that exist in the region to be able to find solutions to create a conducive Kamtibmas in facing the challenges of the task ahead,” he said. 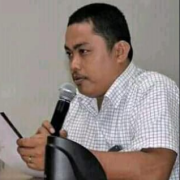